The Milum Family
With Family History by Joy Tilton

As a child I can remember Grandma discussing genealogy with my Mom when we would visit. It all ran together in my mind until I inherited the papers that meant so much to Grandma. As I looked at her handwritten documentation of her family, it began to make sense. The work that went into compiling her records is none short of miraculous. She wrote for census records, waiting patiently for the answers to come back via mail. She corresponded with the few relatives still living to have accurate accounts of births and deaths, marriages and even cemetery records.
Grandma was so proud that her family were pioneers of Boone County and she worked tirelessly to help compile the documentation for her 3X Great grandfather Jordon Milam's (1750-1851) Revolutionary War plaque. He served in the Revolutionary War under George Washington. The spelling of the Milam name changed to Milum after several generations came here from England.
Samuel James Milum, son of Jordon and Mary Peacock Milum was Grandma's 2X Great grandfather, he was born 1793 in Abbeville, South Carolina. Samuel and wife Anna McCann Milum lived in Hickman County, Tennessee. In May 1846 Samuel left Tennessee and relocated to Arkansas. Samuel was living in Carroll (now Boone) County, Arkansas, when his father Jordan Milum came to Arkansas in 1851. Jordan died in December 1851 and was buried on land owned by Samuel. The Milum Cemetery started as a family burial ground on Sam's property, the first burials were that of Jordan and Rhoda J., wife of Burris Milum in the early 1850's. Many old timers say this cemetery was used during the Civil War. In July of 1872, a few months before his death, Samuel deeded land for the old Milum Cemetery to William Bruce, a Deacon of the Primitive Baptist Church. It has been known as Milum, Liberty or Silver Valley Cemetery.
James Bluford Milam, son of Samuel and Anna McCann Milum was Grandma's great-grandfather. Born in Tennesee, he married Mary Hulda McClaren and in 1851 moved to Lead Hill. Bluford was a large landowner and farmer, raising cotton, corn, cattle and hogs.
Bird Moore Milum (1846-1922) and America Artimissa Allison Milum (1849-1918) were Grandma's Grandparents. The son of James Bluford and Mary Hulda McClaren Milum, he made his living as a farmer and cattleman.
C.W. Milum (1870-1916) and Jennie Vance Milum were my Grandma Keeling's parents, C.W. was the son of of Bird and America Milum. He had a general store at Lead Hill and was postmaster of the Peel Post Office. My grandma lost her mother when she was only 6 years old and her father at age 16. I've often thought how very painful it had to be to lose both her parents so young. Perhaps that's why genealogy was so important to her, researching her family to find more Milums.
A second cousin, Roy W. Milum (son of James Newton Milum and Mary Ann Farmer Milum) served in the State Senate from 1923-1945. He returned in 1953 to work on the Milum Road Bill until it passed in 1957. 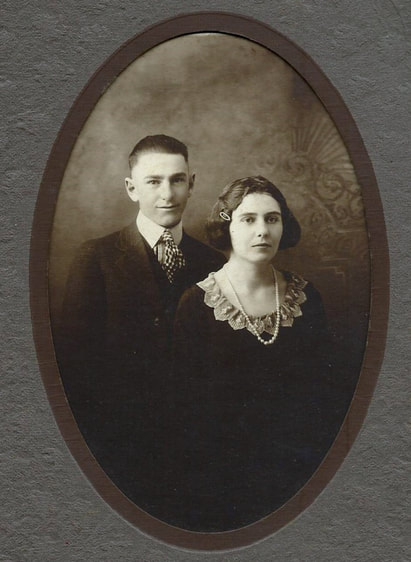 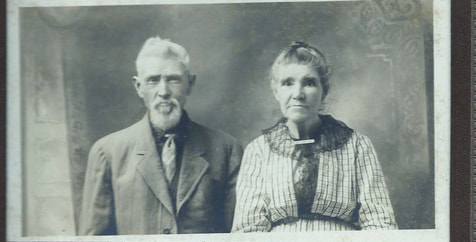 Byrd Moore Milum(1826-1922) and America Artimissa Allison Milum(1849-1918) Grandma (Selva Milum Keeling's Grandparents on her father's side. He was C. W. Milum and had the general store at old Lead Hill, postmaster at Peel for years).