The Trimble Family
This early pioneer family came to the area when Buck Coker (Lead Hill First Pioneer Settler's) daughter Sallie Coker married William Trimble. William was killed in a shoot-out at Calico Rock and Sallie married Mike Yocham. William and Sallie's son Allin Trimble married Elizabeth Nave from another area pioneer family and they raised 10 children, and John “Jack” Trimble married Margaret Wilmoth. Margaret’s mother was from another area family the Driver’s So As you can see the Trimble Family are linked to many of our area families
The next generations of the Trimble Family joined other pioneer families-the Orr, Taylor, Whitley, and Smith Families. 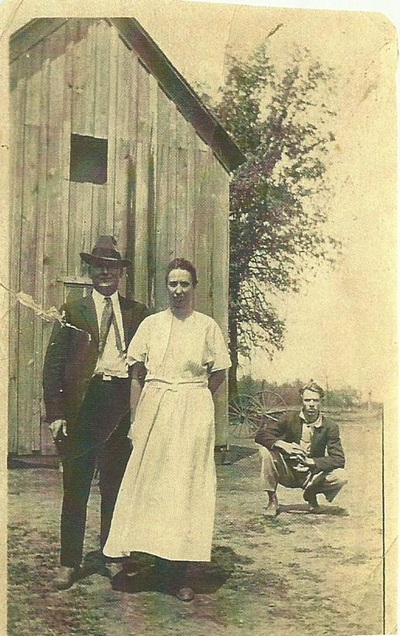 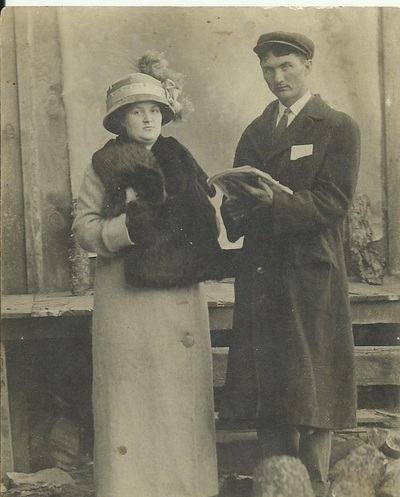 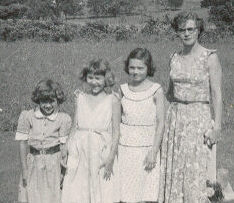 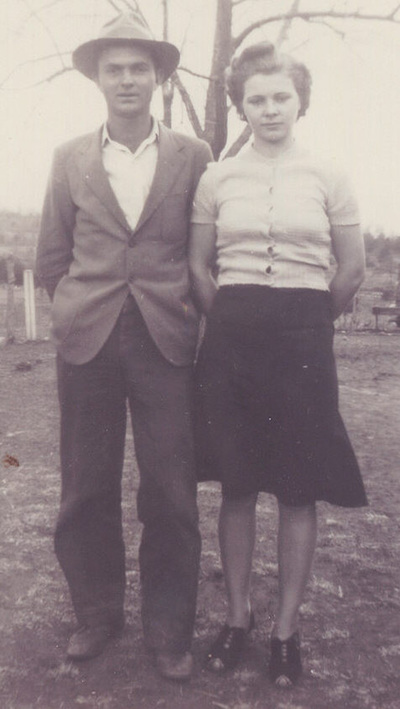 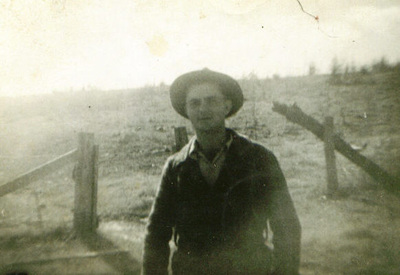 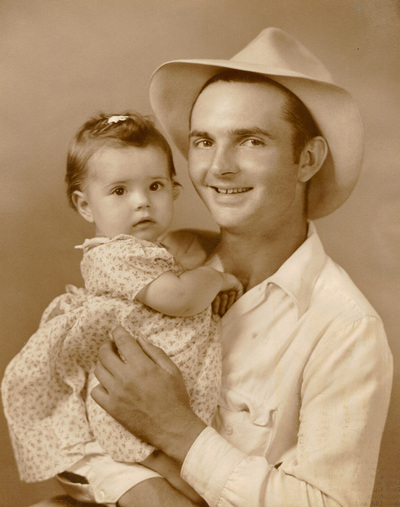 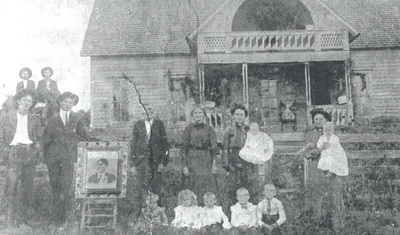 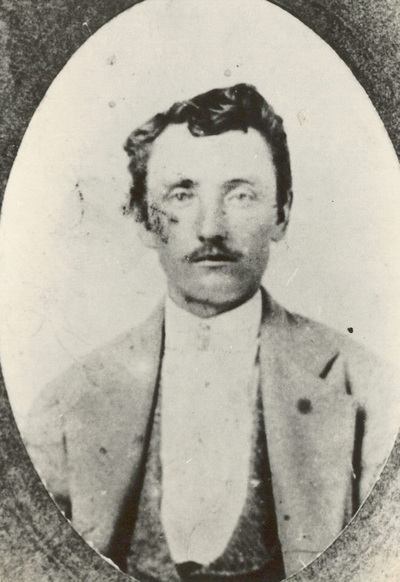 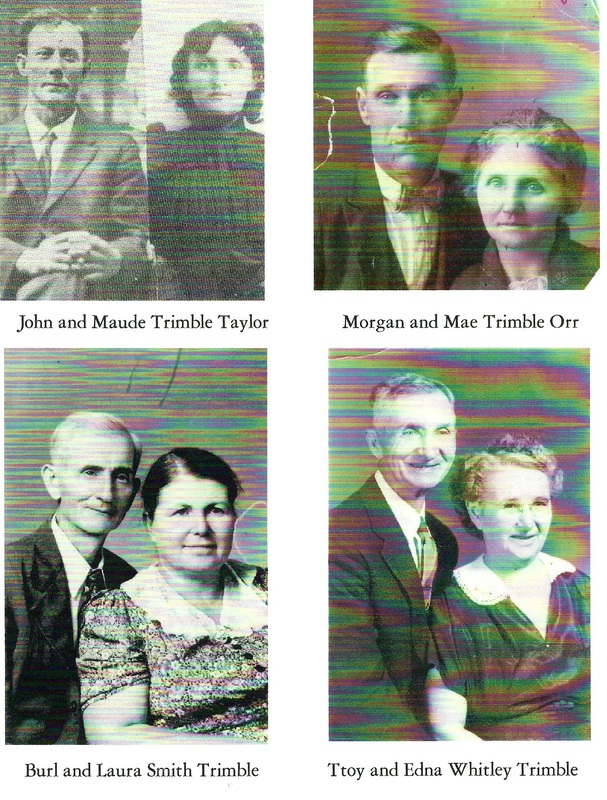 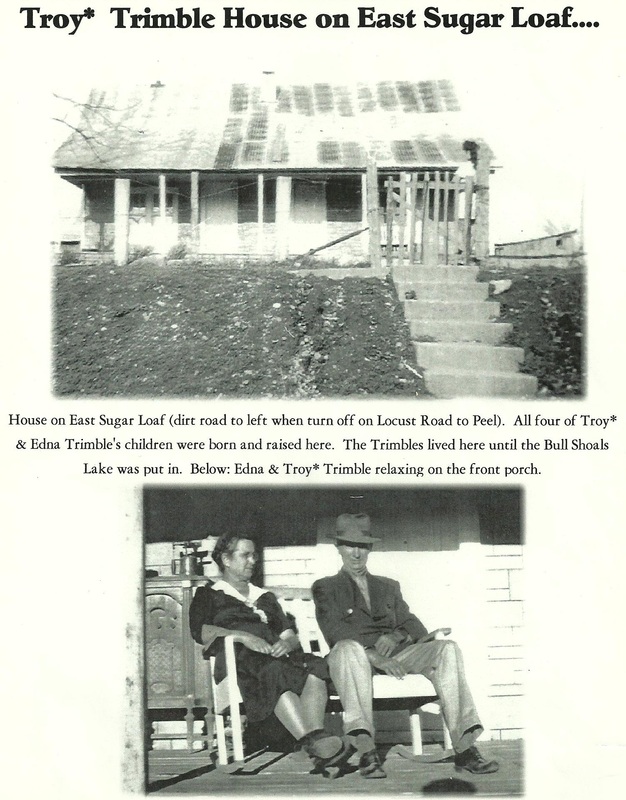 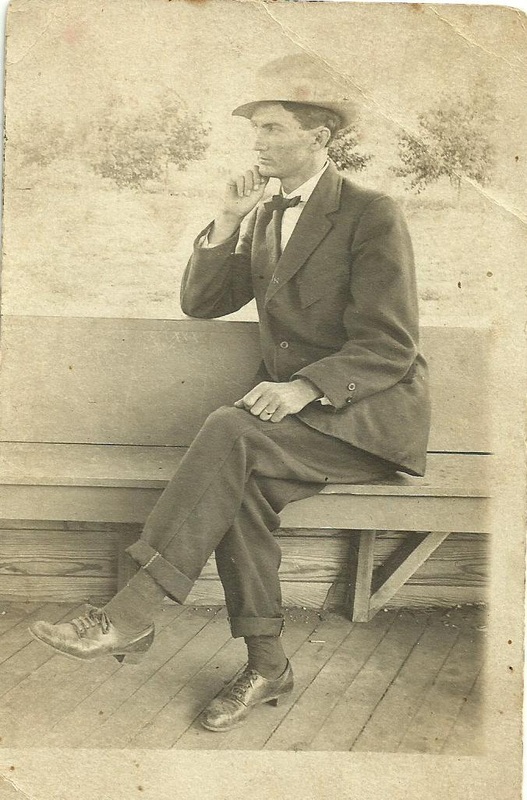 GAMBLING WITH THE INDIANS
By S. C. Turnbo

On the right bank of White River just below the mouth of Trimble’s Creek in Franklin township, Marion County, Arkansas, is the old farm once known as the Tom Brown place. Here on this land long before any white people lived in this bottom the Indians had a big village here and the fame of this Indian encampment traveled afar off. The camp extended from Trimble’s Creek down to the mouth of Becca’s Branch. Allin Trimble was a little fellow while these Indians lived here. His father, William Trimble, lived in the bottom on the north side of the river on the old George Fritts place that the writers father bought of Mr. Fritts in the summer of 1859. Jess Yocum lived on this same land above the sloo. Trimble lived below the sloo. Jess Yocum visited the Indian camp frequently and gamble with the Indians and win deer hides, beads and moccasins from the red men at a game called chuckaluck. Allin Trimble informed me that he would visit the Indian’s village of nights with his uncle Jess Yocum and Yocum would remain and gamble with the red men until late at night before leaving. "Mr. Yocum would go to the camp on horseback when the river was fordable and I would ride behind him. When the river was past fording we would cross in a dugout canoe and walk down to their camp," said Mr. Trimble.


A BOAR KILLS A BEAR IN A CANE BRAKE
By S. C. Tumbo

Occasionally a wild boar and a bear would meet when plenty of bear infested the upper White River country and a hard fight would ensue, the result of which either one or both of them would be slain. Away back when Arkansas was not a state Mike Yocum as we have said elsewhere settled in the river bottom just above the mouth of Shoal Creek. In what is now Boone County, Ark. This land was afterwards known as the Billy Holt place. Allin Trimble was Mike Yocum’s stepson and Trimble who was born in 1815 was a small boy when Mr. Yocum his stepfather lived in this bottom. One day in August, 1813, Mr. Trimble told me the following story about an encounter between a boar and bear that met in the cane in this bottom after Yocum settled here and engaged in a desperate fight leaving only one of the combatants alive. In this case it was not a wild boar that fought the bear, but a tame one. Mr. Trimble said that his stepfather owned a fine bunch of hogs which kept fat on the mast and vegetation in this bottom, but it was a serious task to prevent the wild beasts from destroying them. Among the bunch was a large male hog and a fine white sow, but my stepfather shot and killed the sow one day through mistake. He was passing through the cane toward the river bank when he noticed the glimpse of an animal following him. Thinking it was a panther he aimed his rifle at the object and pulled the trigger and a bullet crushed through the skull of the sow. Stepfather regretted that he never took time to find out what the animal was before he shot. Well, to the encounter between the boar and bear," said Mr. Trimble. "One day the hogs all came running to the yard fence except the boar. The hogs were in an uproar and had been disturbed by a wild beast which we supposed was a panther. We waited anxiously for the boar to put in an appearance. But the missing hog did not come up until two hours after the first ones had shown up. He was in a bad plight—was seriously wounded and covered with blood. He had been in a desperate combat with a wild beast and he was greatly angered and restless. We traced the back track of the boar through the cane to the spot where the encounter took place. A bear lay dead where the ferocious animals had struggled together. Cane, weeds, and paw paw bushes were mashed flat to the ground. Blood was sprinkled on the ground and foliage. The bear was mangled by the boar’s tusks almost beyond description. Deep gashes were cut and torn all over its body and legs. The greatest wounds were inflicted on its belly, breast behind the shoulders. It seemed that bruin was bent on fillin up on a mess of fresh pork but his attack on the bunch of swine was so stoutly resisted by the boar that his bearship was compelled to give up the feast and his life too," said Mr. Trimble.


HOTLY CHASED BY A WOUNDED BEAR
By S. C. Turnbo

The following account of killing a bear on Trimble’s Creek in Marion County Ark., was told me by my old friend, Bill Trimble, oldest son of Allin Trimble. Bill Trimble was born in what is now Boone County, Ark., in 1839. He said that one day when he was a little fellow and while a deep snow lay on the ground his father and Charles Coker while hunting on the creek just named struck the trail of a bear that had just passed on. The hunters were on horseback and with the help of the dogs they soon overhauled the bear and while the dogs were baying it the two animated men charged up to the bear on their horses and each one of them shot the bear, but they failed to kill it and the wounded animal went up a tree. The two hunters hastily reloaded their rifles and sent two more balls into its body and the big black creature turned loose from the tree and fell as if it was lifeless. The dogs thought it was dead, too, and stood around it without taking hold of it. My father was afraid It would revive and did not venture up to it, but Coker supposed It was entirely dead and walked up to it. His anxiety to examine the big fat Bruin got the better of him and quicker than it can be told the bear revived and was on Its feet so quick that it came near catching Coker before he could get out of its way. The hunter was greatly alarmed and the dogs seemed greatly astonished at seeing the bear come to life again. My father was so terrified at the imminent danger of his friend that he stood as motionless as a statute. When Coker started and run the bear followed close In his rear and the dogs fell in behind Bruin and pursued him. Mr. Coker was young and active but the odds were against him for he ran up a hill and the snow impeded his progress and the race soon told on him but the man exerted himself to outstrip the wounded animal for the beast was so wrought up with fury that the dogs were unable to bring him to a standstill. My father was powerless to render his friend aid for the present for both rifles were empty. But he reloaded his own gun as fast as he could and hurried on in pursuit of the man, bear and dogs;up the hillside they all went beating down a wide trail in the snow. The race between the man that was leading the way with the bear just behind him was as desperate as well as it was dangerous. The angry beast gave no heed to the dogs and seemed bent on catching one of his tormentors and was just in the act of catching the man and the latter was ready to give up for lost for he imagined that if the bear got hold of him it would kill him in spite of the presence of the dogs. A tree that had been prostrated by a windstorm lay in the snow just ahead of Coker. The treetop lay in the way of the retreating form of the hunter and he was afraid to turn to the right or left to run around it for fear the enraged creature might head him off, but went straight forward and made all the effort In his power to leap over the limbs of the fallen tree which lay low to the ground but his strength was gone and he fell in among the limbs as helpless as an infant. His body was almost buried in the snow. At this critical moment the instinct of the dogs was put to the test. They appeared to understand the dangerous position of the hunter and with one accord they hurled themselves onto the furious animal and brought it to bay In the edge of the treetop and engaged the bear with such vim that the latter was not able to reach his human enemy for he had to give all his attention to the dogs. In the meantime my father had ran up near the ‘bear and placed the muzzle of his gun at a vital part of the animal and shot it dead. After Bruin had fell and they knew he was dead for good Coker pulled his exhausted self out of the treetop and shook off the snow and thanked father for his timely aid in killing the enraged beast and he wanted to hug all the dogs for intervening in time to save his life. Mr. Coker said afterward that he did not intend to be caught in another trap by going up to another bear before he knew it was sure enough dead."