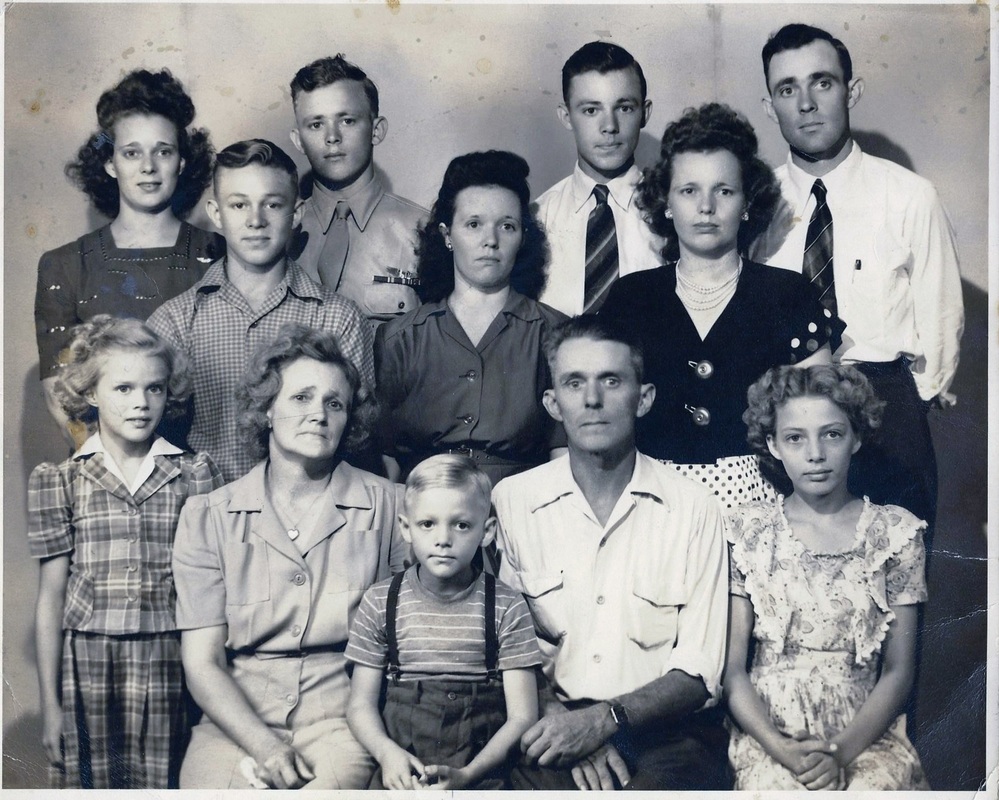 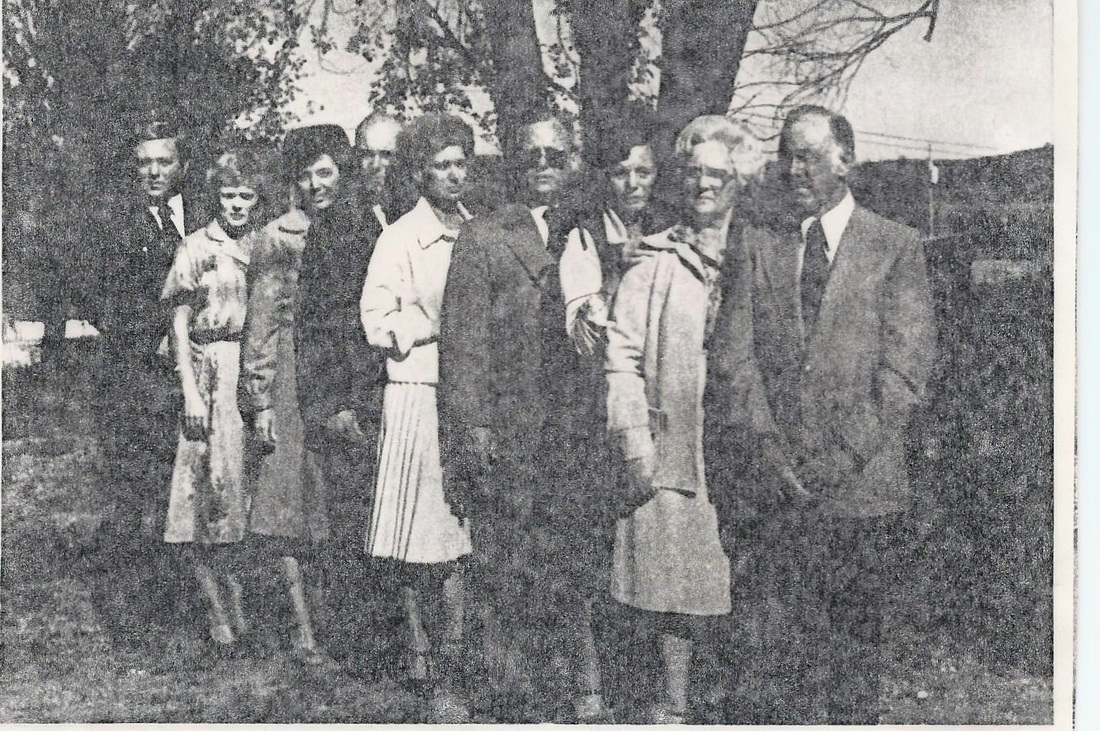 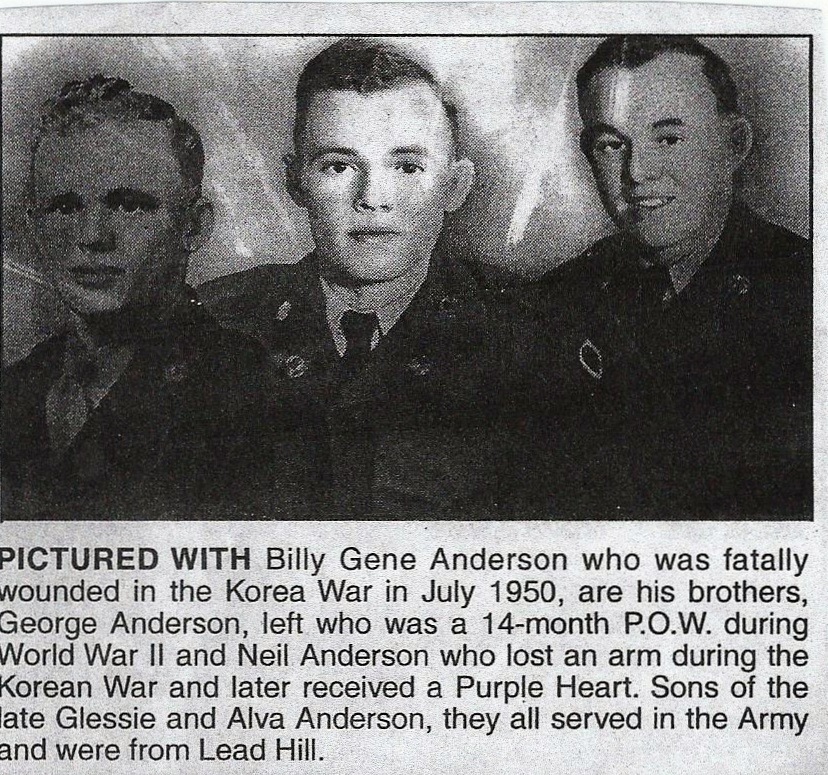 Remembering the  ANDERSON FAMILY.
Sue Anderson Justus lives in Searcy, AR but still keeps up with the LH area. and her sister Jackie Anderson Holiday is a member of our Sugarloaf group and lives in Ruston LA.  The small farm at Lead Hill where our son Richey & wife Nikki Davidson now live at one time the old Anderson home place.
Billy Gene Anderson died in Korea at age 20. He attended Lead Hill High School and was baptized into the Church of Christ by Rev. John Carter who was shown with his son in an earlier Veterans picture. He was loved and respected by his classmates as shown by the LH School Annual dedication to him. His Brother George Anderson was a prisoner of war during WW2 for 14 months. The third brother Neil lost an arm and received a Purple Heart for his service.
Their Parents were a pioneer Lead Hill Family Glessie and Alva Anderson. 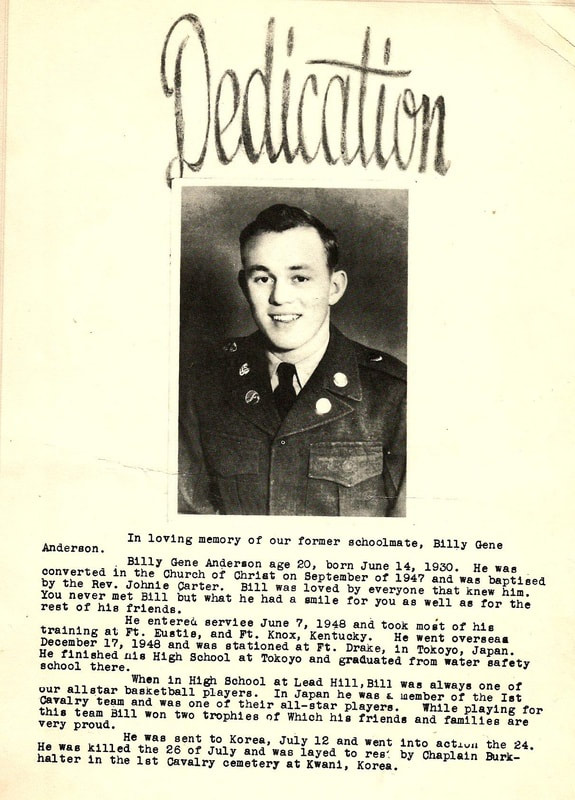 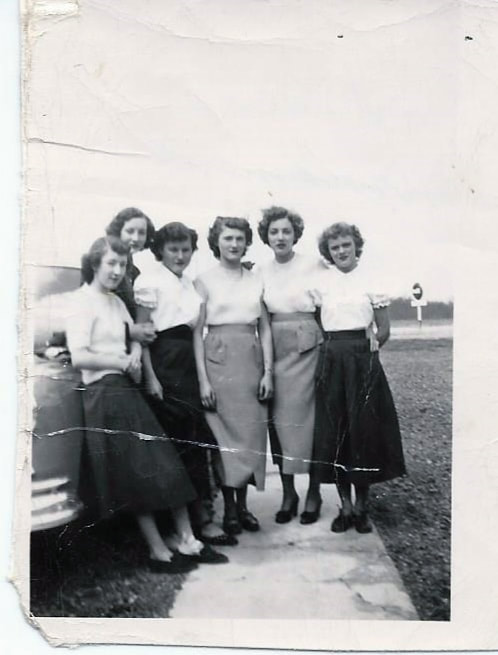 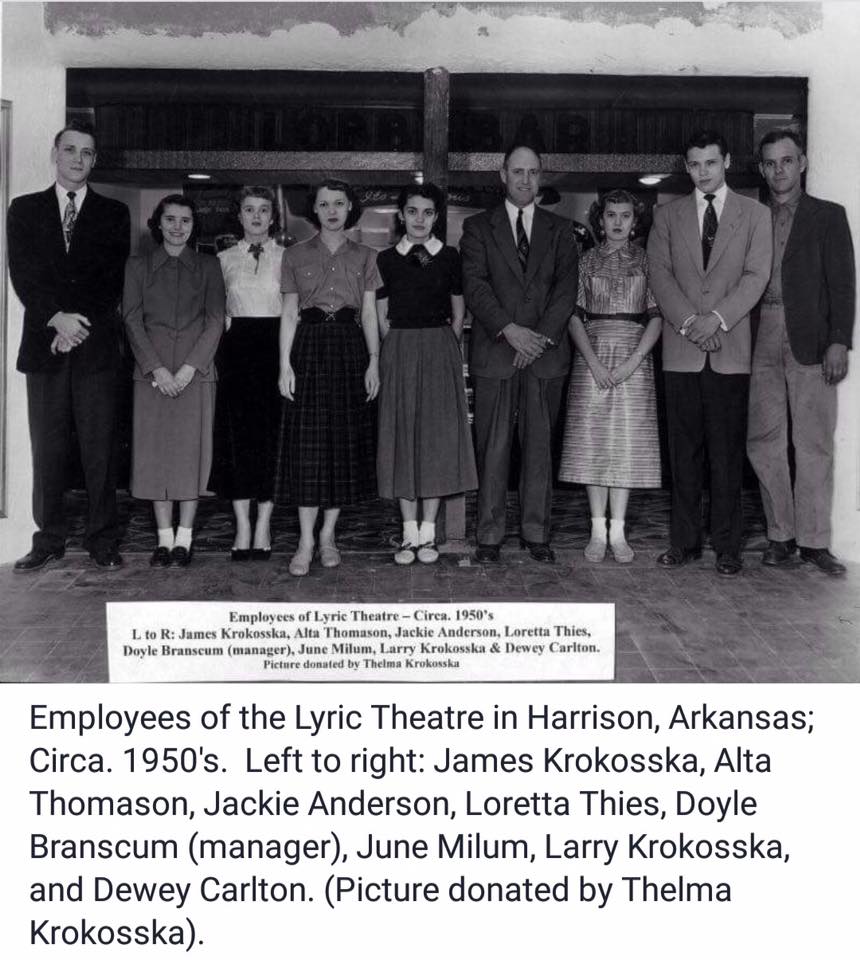 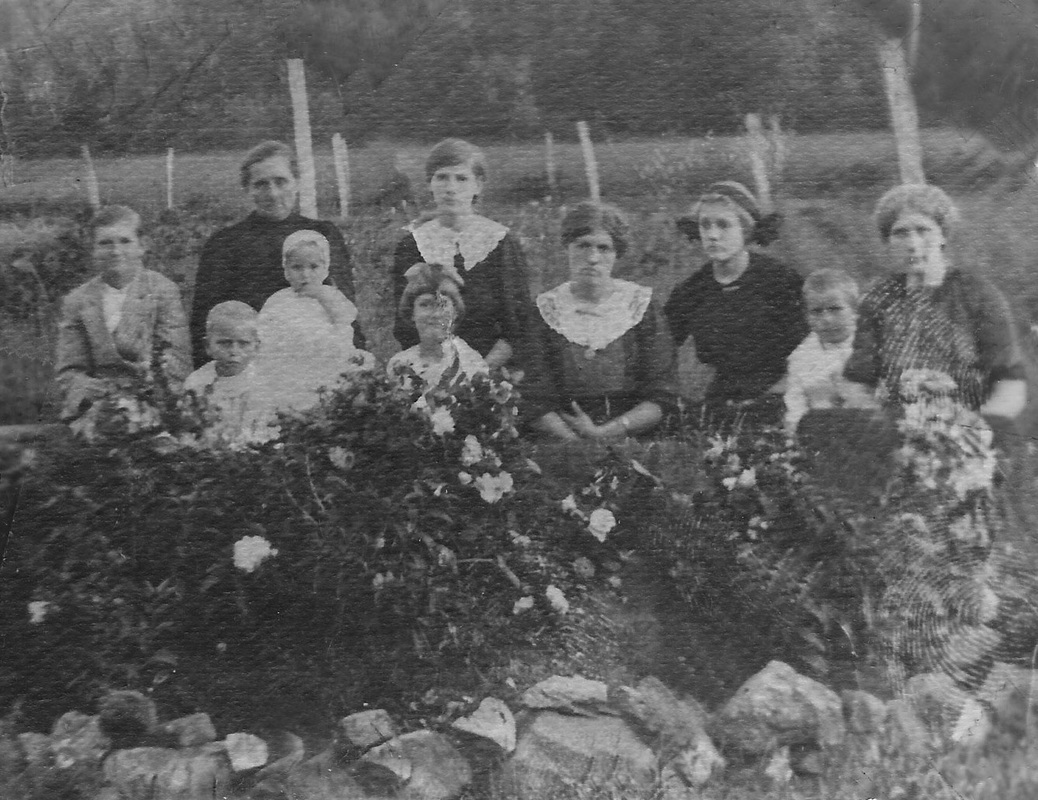 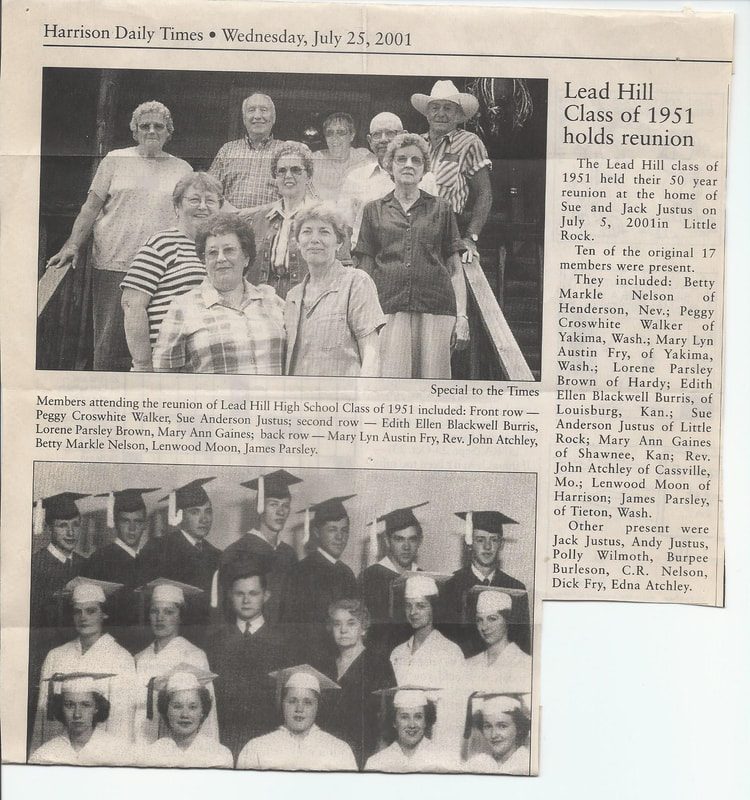 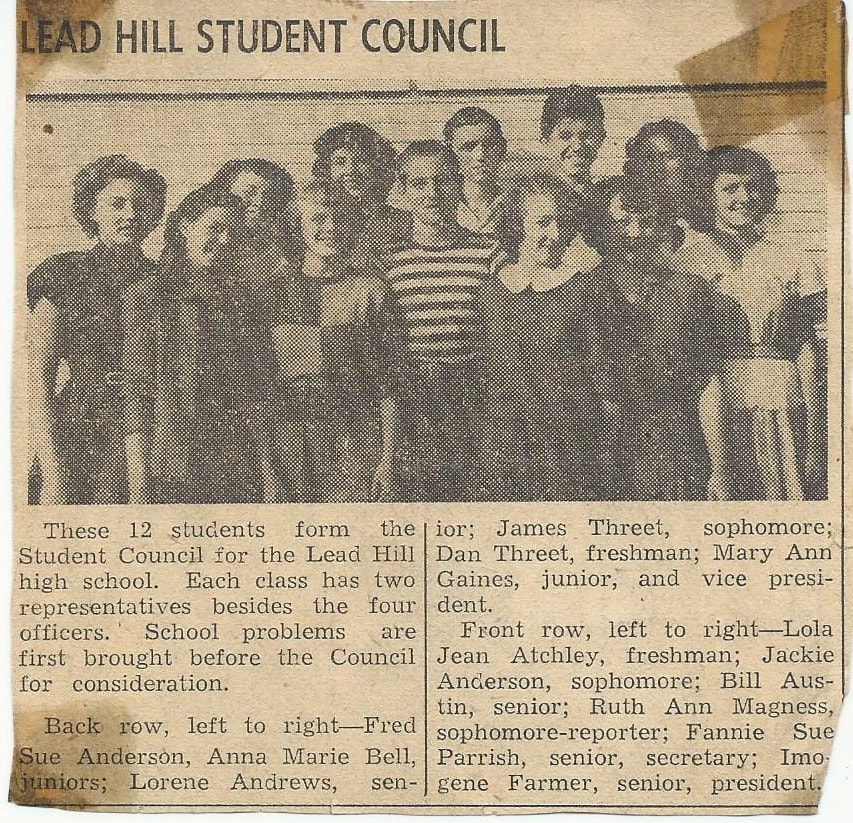