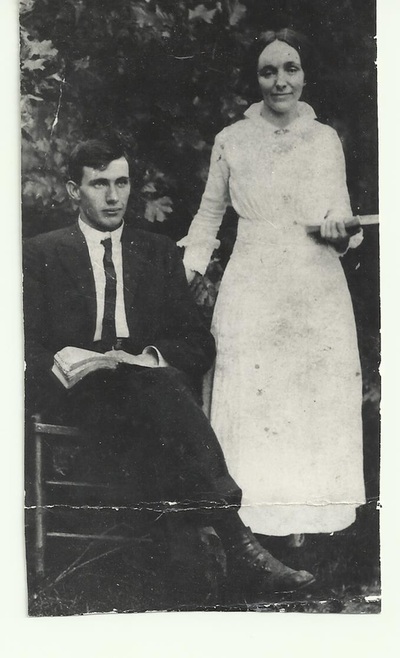 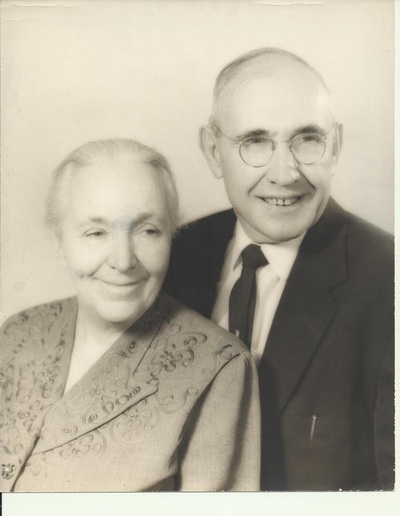 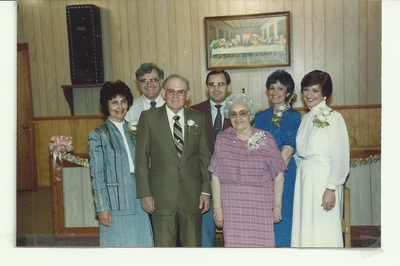 Letter  from Della Atchley to her Mother written in 1927 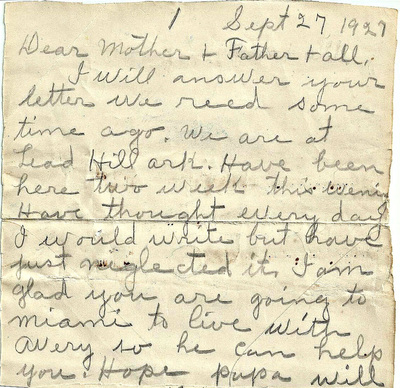 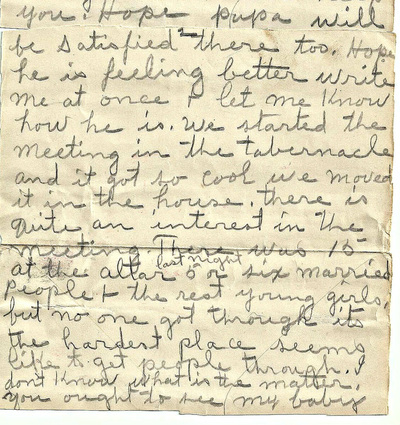 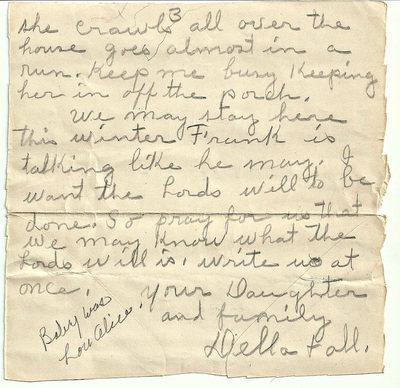 CHURCH OF GOD OF THE APOSTOLIC FAITH

Church of God of the Apostolic Faith was organized in 1914 at Ozark, Missouri.   Frank and Della Atchley were ordained by Rev. Artie Springer and E. A. Buckles was General Superintendent.


The earliest known record of the Church in Lead Hill is recorded in a letter from Della Atchley to her mother Louisa Lacy in 1927.  In a document written by Naomi Atchley Edmonson, she tells of revivals held by Frank and Della in Northeast Missouri and Northwest Arkansas.  During one of their trips to Northeast Missouri they heard about a great revival being held at Peel, Arkansas.  The family traveled across the White River by ferry.  They arrived just in time for church but no one invited them home for the night.  The families made do by making beds in their cars for the children and the adults slept on benches. The family traveled nine miles to Lead Hill, Arkansas.  When they arrived at Lead Hill, Uncle Simp Brown, the mayor of Lead Hill invited the families to hold a revival.  He had an empty old house where Frank and Della moved their family.  The three oldest children went to school at Lead Hill in 1927. The Holiness Gospel had not been preached much in Northeast Missouri and Northwest Arkansas but many people came to hear the message and “received.”

Lead hill had a Baptist Church, Christian Church and a Methodist Church.  The Methodist Church was opened for revival services and many people were saved.  Among the many that were saved were the families of Maud Hudson, Henry Cunningham, Henry Manley, Jim Wilmoth, John Adams, Uncle Fetch Austin and many more. During the winter months, the Atchley’s remained at Lead Hill living in the Methodist parsonage and  Brother Frank held revivals in the community schools including JayBird, Monarch, Dodd City, Zinc, Cedar Grove and Kissie.

The people of Lead hill were not able to build a church but they did buy a half-acre of land and built a Brush Arbor or would stretch a tent on the property for holding services.  In 1931, the tent was stretched for what was to b e a ten-day camp meeting.  It turned into a six-week revival with 100 People being baptized.  The families are too numerous to mention, but included the Phil Richey family, Roy and Allie Austin families and numerous families of the Akins, Rogers, Riggs and DeShields.

In November of 1931, the Lead Hill church was finally finished and services were held.  The Great Depression caused the people of Lead Hill to lose their crops and the church was not able to meet its mortgage payment and was foreclosed in the spring of 1932.  The Atchleys held church services in the homes of the members.  Sister Atchley began teaching children’s church and somehow got a flannel board and pictures and made the bible stories come alive.  She continued the lessons going to the Lead Hill School, Bergman School and White Oak until the Atchleys moved to Kansas City.

In May of 1934 the Lead Hill church was reclaimed and the Atchley family move back into the church parsonage for a short time. The Atchley family moved to White Oak where Naomi met and married Raymond Edmonson in 1935. In 1948-1949, the Bull Shoals dam was being built on White River and the town of Lead hill had to be moved.  The government bought the Lead Hill Church and Frank Atchley returned to Lead Hill to head up the building of the current Lead Hill Church of God of the Apostolic Faith.

In 1960 Raymond and Naomi Atchley moved to Lead Hill and began pastoring the Lead Hill Church.  A great revival was held in the summer and fall of 1960 with many people being saved.  A baptizing is remembered at Bear Creek and is recorded in pictures.  Raymond and Naomi pastored off and on until Raymond’s death in 1993.