Caleb Manley tells the story of the BUCK DEER WHO RUNS ¼ MILE AFTER ITS THROAT IS CUT
By S. C. Turnbo

One among the oldest settlers in Boone County, Ark., is Caleb W. Manley, son of John Manley. "Kale" was born in Anderson County, Tennessee, October 20, 1825, and came with his parents to West Sugar Loaf Creek the 7th of November, 1850, and settled on this stream below what is known now as the camp ground. Mr. Manley has lived on this farm ever since his father located on it. His father was nearly 92 years old when he died. His mother whose given name was Mirriam died at the age of 87 years. Their bodies were laid to rest in a graveyard on this farm which is known as the Manley Graveyard. Caleb Manley says that his sister, Nancy Manley, who died in 1858 was the first interment here. Mr. Manley said that he followed the occupation of farming more than the art of hunting, "but I remember," said he, "of being out with my gun one day on the creek close to the house when I met a fine buck and shot it down. On going up to it I saw that the bullet had struck its eye in a glancing way and put it out and the deer was stunned only and was reviving. It commenced to kick in a lively way, but I supposed it was dying and took my knife out of my pocket and caught hold of the deer to hold it down with one hand while I opened the knife with the other hand and teeth. Then I cut the deer’s throat from ear to ear then I put both the deer’s forelegs over its horns to prevent it from rising on its feet, but however it got up on its hind feet and after lunging around a moment or more it disengaged its forefeet then jumped up and ran a quarter of a mile before it fell and died." 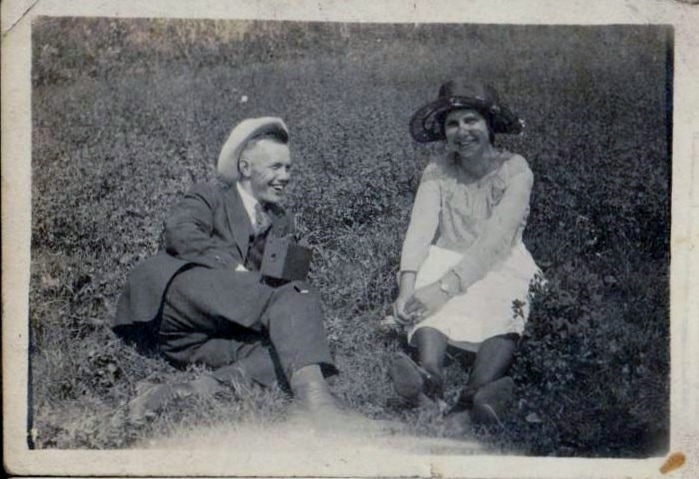 Leslie Pruett and her husband Clay Manley. Leslie is Charley Pruett's sister. they lived at Miles outside of Vinita Ok. Had a grocery store which had a post office in i 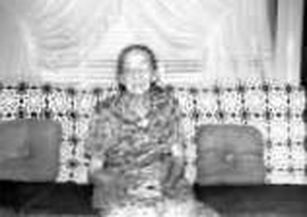 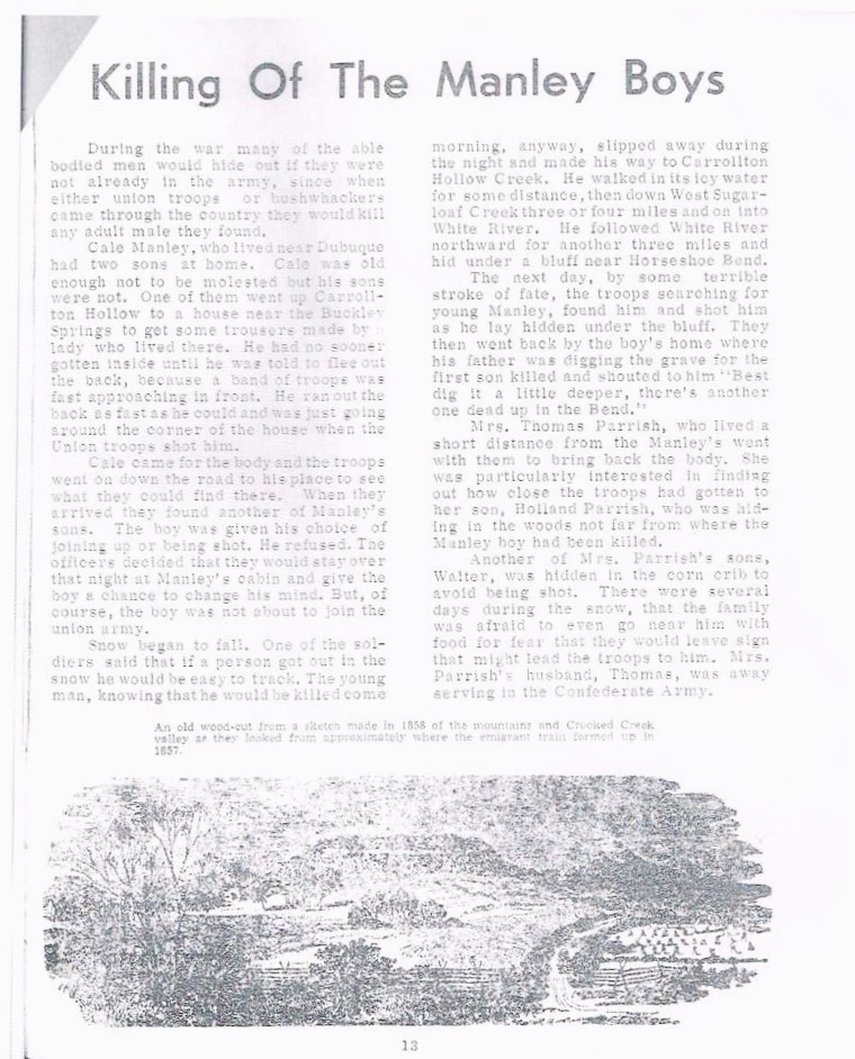