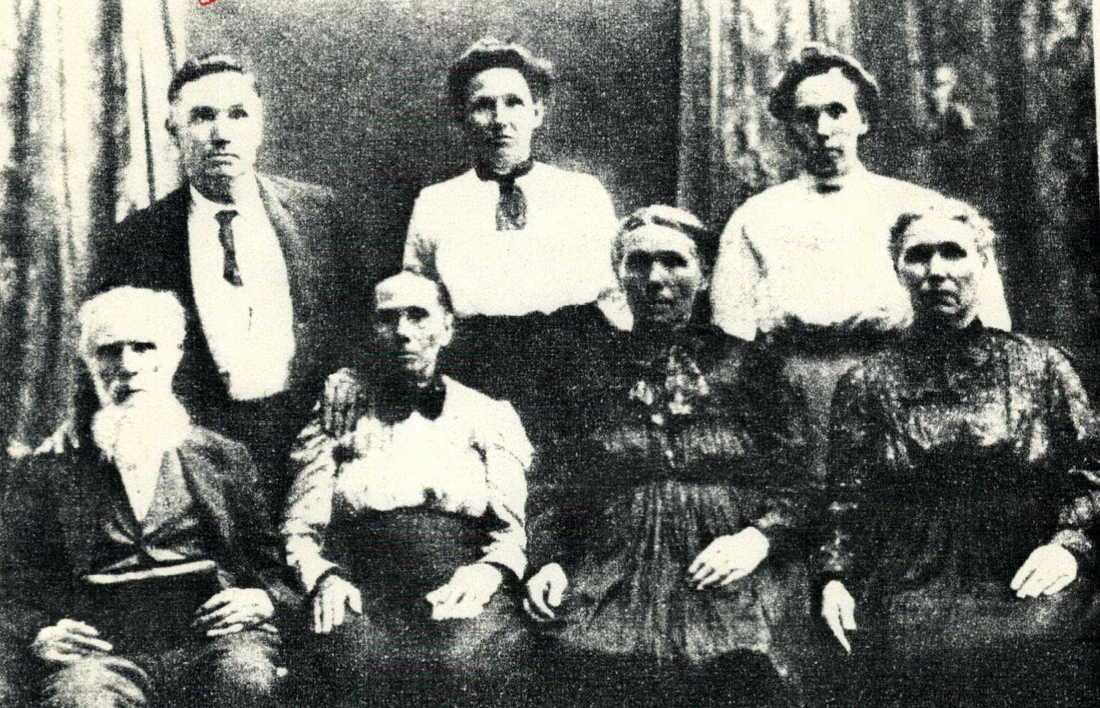 Back row Leonidas, Nancy, Eugenia Front Row Thomas Jackson Killebrew, Emily Killebrew Carter, Saphronia, Anne Foresee
​Many Sugarloaf Pioneer families came in those early years, built homes and families and while their family names have disappeared from our community  their descendants, still prosper and contribute to our schools, churches and the Sugarloaf way of life.  One such family is the Killebrew Family, whose blood flows through the Foresee family, including members Lesia Foresee, Barbara Hudson, my wife Carolyn Davidson and her sister Linda Blackwell, The John Carter Family with Sugarloaf members Anna Marie Carter and Ted Davis, and many other family names familiar to our area such as Stewart, Richey, Honeycutt, Cochran, Davidson, Simmons, Rees, and Elliston, only to name a few.
The following information came from an interview of Julius Pinkey Killebrew by a field worker on Indian-Pioneer history.
Thomas Jackson Killebrew born in Tennessee and his Cherokee bride Plina Ridgeway born in Kentucky were married in Weekly County, Tennessee.  They loaded their family then of six children, and their possessions in a covered wagon pulled by an Ox team and started west in 1842.  They were accompanied by two young men at that time.  Their son Julius Pinkey  Killebrew tells in an interview of crossing the Mississippi on a flat boat pulled by ropes and of the two young traveling companions getting into trouble in Salem, AR and not allowed by this father to continue with them to the Sugarloaf area.   Julius tells of the difficult and slow traveling to the Lead Hill area with no roads along the way.
Once they arrived, the family built a one room cabin with a porch.  At that time there were no schools and no near neighbors.  However the cabin must have been somewhere in the area of the Parrish farm because family stories tell of traveling to Forsyth, Mo to get supplies with Wyatt Parrish who later died in the Civil War...  Forsyth was a 45 mile trip and took a week to go and return.  The Killebrew family hunted, trapped, hoed corn and chopped the cotton, made rails, raised some cattle, hogs and sheep.  The girls in the family made yarn and spun cloth for family clothes and gathered and dried berries and fruits.  Hides were traded for guns and other supplies. Family hats were made from wheat straw.
The civil war brought tragedy to the Killebrew family as it did to so many other Sugarloaf Families.  Because he was a Democrat Tom Killebrew’s home was burned the first year of the war.  However the cabin was rebuilt and Tom joined Confederate Captain Dunlap under General Joe Shelby.  When Tom returned on furlough he would hid on the hill above the cabin and only come to the cabin when there was no danger which was shown by his wife hanging a white cloth on the kitchen door.  During this difficult time parched wheat was used for coffee, and salt was boiled from the dirt on the smoke house floor.  Julius told of the soldiers capturing his brother Lee and him to get them to tell where Democrats were hiding. Confederate soldiers and the Northern troops got into a battle the next day at   Horseshoe Bend and the boys got away. The Union soldiers came to the Killebrew cabin and stole quilts, the cattle and set the cabin on fire but the family put it out after they left.
At age 14 Julius went to a subscription school and his father paid one of the Parrish family members a dollar a month for the Killebrew children to attend.  They used McGuffey’s readers, Blueback Spellers, and also had arithmetic and writing. School started early and lasted till nearly dark.
​Killebrew Children include:
Emily Melvina Killebrew  Carter & husband Thomas 1844–1926, Sofronia Ann Killebrew Foresee & husband James Tilford 1847–1940, Almeda Isabelle Killebrew Cochran  & husband Jacob 1849–1947. Leonidas Benton Killebrew & wife Sarah Elizabeth Davidson Killebrew 1851–1921, Julius Pinkney Killebrew and wife Margaret Catherine Ables Killebrew 1853–1940
, Nancy Jane Killebrew 1861–1940, Lugenia Parlee Killebrew 1864–1961, Lillie Augusta Killebrew 1870–1896 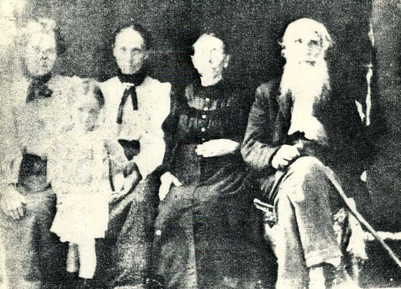