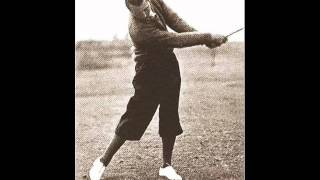 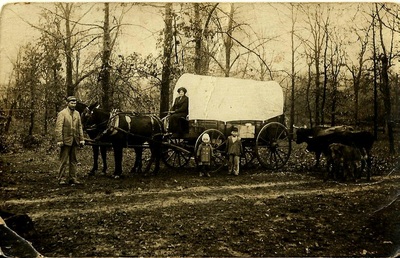 Elmer laffoon, Walsie Laffoon, Ky Laffoon (famous golfer), Irene Laffoon
Ky Laffoon was a golfer of note after the Great Depression and through the World War II years in US tour history. He was noted for both his temper and much-admired swing, and there are many legends (a few of them even true) about his on- and off-course antics. Ky was known as an excellent teacher. Hogan and Ott were among those that he helped. But he never mentioned Byron Nelson, for whom he had a strong dislike because of an incident involving Ky’s brother and caddie, Billy.  Laffoon also was a mentor of Marshall Smith of Miami , who has taken Ky’s fundamentals and refined them while working with such modern pros as Chi Chi Rodriguez, Walt Zembriski, Gary Player and Craig Stadler.

Stories of Laffoon’s low boiling point are the stuff of legends. He admitted to throwing a putter into a tree after missing a short putt while leading a tournament and then finishing the last several holes putting with a two iron. He lost the tournament. “I was easily upset,” he said. “The first year I won the long-driving contest in Hot Springs, Ark. , I probably would have won the tournament, too, but I ran out of clubs. I had all my clubs up in the trees. I got mad and threw one club up in the tree and it didn’t come down. So I threw another up to get it. That stayed. I’m really mad so I throw another.  “Now I’ve got three clubs up that tree, and I don’t have over three clubs left. How you gonna win a tournament with just three clubs? I finally got a little kid to go back out there, climb the tree and get them down. It rained and those hickory shafts all had warped.”

But, despite his temper, I’ve never heard anyone suggesting that Ky could get offensive or obnoxious. He didn’t get drunk and trash a hotel room or assault anyone or, for that matter, make a distasteful spectacle of himself on or off the course. He wasn’t mean or vulgar. And when he threw a club, he sent it into a tree or down a fairway, not into a crowd. He just got mad at himself and did silly things.

Laffoon had the reputation of being the best Native American golfer of his time, but he wasn’t an Indian. He was born in Zinc, Ark., of French, English and Irish ancestry. He allowed the belief to continue until it took on a life of its own. It actually started when a young newspaper reporter in Boston in 1934 thought that he had high cheekbones and a dark complexion. “He asked me if I was an Indian and I said ‘hell, yes, full-blooded Cherokee.’”

Probably the most famous incident involving Ky had him tying a recalcitrant putter to the back bumper of his car and dragging it cross country as punishment for betraying him in a tournament. It wasn’t true. Well, not exactly. Time, faulty memories and exaggeration have distorted what Ky said really happened. “We were going to Reno to play in this $25,000 tournament and I needed to grind down the leading edge of this sand wedge,” he recalled. “Well, my wife was driving about 70 miles an hour and I opened the door, leaned out and started grinding it on the concrete. “But up comes this black Cadillac with Hogan shouting, ‘Ky, stop the car, the car’s on fire!’ Later the story came out that I had dragged my putter clear across the U.S. because it wasn’t performing right.”